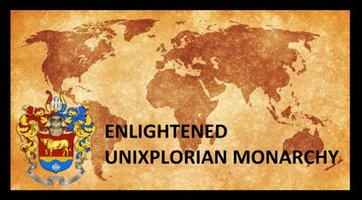 Like most monarchies, we have a hereditary succession order. The sons or daughters of the regent will, by birthright, follow in their parent's footsteps.

It is usually the firstborn child who will take on the royal duties as sovereign, but it is not legally stated per se. In other words, princes or princesses could be heirs to the royal throne.

The Enlightenment was a cultural movement in Europe during the 1700s, with roots in the late 1600s. The change was a strong force in the early 1700s, ending around 1800. The peak was reached in France with Voltaire and the so-called Encyclopaedists. This intellectual movement's vitality came from science's natural progress and the attendant credibility crisis for the Christian religion. The principal idea was the firm belief in the human ability to reason.

Following the scientific methodology, intellectuals began to criticize inequities in society. Therefore, one should not uncritically believe in such things as policymakers and other authorities claim. The right way to change the culture for the better would be to find out the facts by studying them rationally and changing injustices to create a more harmonious society of freethinking individuals.

What is now labeled "big science" also had humble beginnings during the Enlightenment. The scientific revolution went into full bloom in the 1700s. Collecting, classifying, and exploring the world and beyond became essential on a global scale. "Museums, libraries, and scientific institutions flourished, and the educated middle and upper classes became interested in private research in various scientific fields.

The famous coffee houses became very popular in larger cities; people discussed politics and philosophical and scientific ideas and read newspapers and magazines. Professional scientists, as we know them, were not yet a reality. The amateurs often laid the foundations for what we now consider to be scientific disciplines.

The scientific achievements that characterized the Enlightenment in large parts of Europe had mainly originated in Newton's epoch-making work in the scientific field. John Locke should also be mentioned. With Newton, Locke's political views, as presented in Two Treatises of Government, created the foundation stones of the Enlightenment philosophical and scientific heyday.

How did these new ideas spread? The increased literacy rate in the 1700s helped bring scientific knowledge to society in a completely different way than before. It must be stated that democratization still had a minimal scope, and science's progress was primarily concerned with the educated urban population.

The Enlightenment philosophers' relationship to religion, in general, and Christianity, in particular, was in many respects problematic. On the one hand, these new ideas turned many against the Church's traditional beliefs, especially Voltaire, which nurtured an intense hatred against the Catholic Church and its authoritarianism. It also forms the background to his famous words "Ecrasez l'infâme" ("Crush the Infamous").

On the other hand, it is a fact that religious criticism rarely reached far beyond the philosopher's circle. It is worth noting that a parallel religious movement took place during the Enlightenment, emotional pietism. The movement soon attracted more and more followers, not only in Lutheran countries. The private, pious, and God-loving individual now had an alternative to the organized Catholic Church.

The tragic events following the French revolution did not occur all over Western Europe. Several monarchs used the ideas of the era to better the circumstances for their people. Enlightened absolutism is a label the afterworld has pinned on those monarchs. They pursued a system based on Montesquieu's separation of powers. Many still looked upon the autocratic ruler as a guarantee to prevent the onset of anarchy that would ensue if people could govern without political experience.

The consequence of this reasoning was that monarchs were still autocratic in many countries but to a lesser extent. They chose to run their country according to the Enlightenment's philosophical principles, such as freedom of the press and religion. Examples of such Enlightened monarchs could be found all over Europe, from Prussia (Frederick II) and Russia (Catherine the Great) to Sweden, where Gustav III represented this type of regent.

Unixploria is an Enlightened Monarchy, which means we use rationality to enforce reforms in our kingdom. However, we believe the revolutionary ideas that followed the mental paradigm shift took the initial liberating steps too far.

The movement initially offered a fresh new perspective. Religion is necessary but shouldn't be a public affair. Using science and rational reasoning is also good, but we must not forget how essential our emotions are for us to be whole human beings.

The House of Oxenmyr, the current royal house of Unixploria, has historically favored taking on a moderate approach to governing a nation. Considering that our royal house also believes in the radical ideas that arose during the 1700s, many might view our viewpoint as an anomaly. However, the philosophical and scientific ideas surfacing during the Enlightenment still offer validity today.