The king and his government usually accept requests from other nations to sign mutual recognition agreements. However, we cannot, for the time being, engage in full diplomatic relationships as we do not yet have the means to establish embassies abroad.

We have colonial interests, and those are right now our priority. We want to grow, making diplomatic relations with other nations important, but future colonial possessions are of greater importance to us. 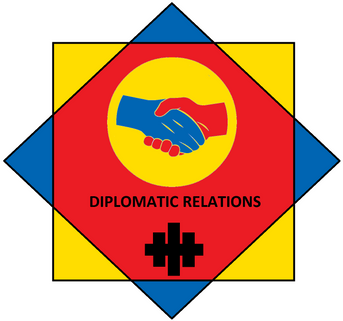 The Begley Democratic Republic and Commonwealth

The Kingdom of Unixploria recognizes most micronations, but we do not respect them equally. Below you can find a world map with three colors to differentiate how we view macronations.

Green countries are what we consider free nations; they are our allies. They consist of free and democratic states with a high percentage of personal and political freedom. Most of these nations are based on Western ideas of human rights and responsibilities.

Orange countries are not fully developed countries. They usually lack democratic and civic liberties or are in a state of conflict. Some may be pseudo-democratic, others bordering totalitarian. The Kingdom of Unixploria encourages these nations to learn from more developed countries to gain our full respect. We do not recommend that Unixplorian citizens visit these countries without taking the necessary precautions.

Red countries are non-functioning nations. These countries lack respect for human life and have no democratic aspirations. Personal freedom is restricted, and their penal system is unjust and arbitrary. Traveling to these countries is banned.