I can still recall the first time I felt history come alive. On my way home from school, it was a day like any other. I passed a huge rock. I've seen it many times before, but this time I took time to pause and take a closer look.

An adult I knew as a friend of my father saw me standing in front of the rock. He approached me and asked if I knew what kind of stone I was looking at. I replied that I had no idea that; it looked like any other rock except for its impressive size. That giant rock was - and still is as far as I know - a glacial erratic, but I didn't realize that when I stood in front of it, touching its rough surface.

He then started telling me a long story was stretching back 10.000 years. He told some white lies, of course, but the gist was that the rock had traveled over the continent to settle right where it stood that day and still stands today.

He must have been a great storyteller since I still recall what he told me decades later. He didn't just tell a story; he said history using very vivid colors. His tale of a glacial erratic sparked my curiosity to learn more about the past around me, and I am forever grateful that he pushed me into the past worlds. 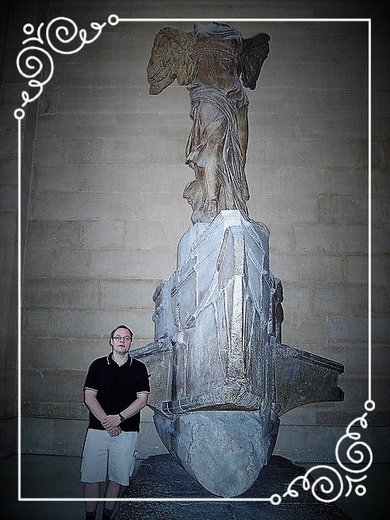 - THIS WEBSITE IS BEST VIEWED ON A FULL SIZE SCREEN -