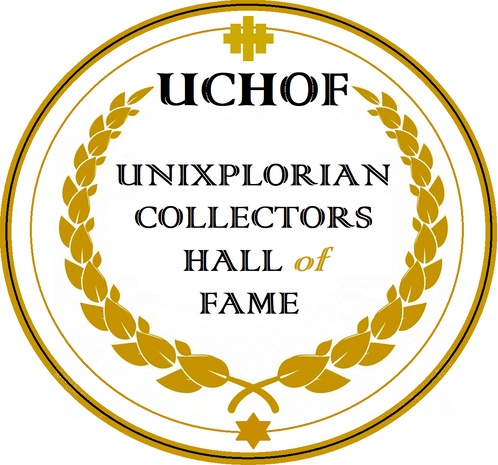 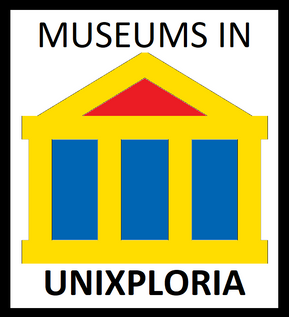 Being inducted into the Unixplorian Collectors Hall of Fame is the highest honor bestowed upon national and international collectors who have impacted the hobby and profession of collecting in the Kingdom of Unixploria.

New Hall of Fame members are chosen by a board of experts from the organization Museums in Unixploria, Collectioseum, and notable members of the Collector's Club of Unixploria.

The first members were inducted in 2021. New inductees are presented each year on the 20th of  July.

Three criteria for being nominated into the UCHOF

(1) Their contributions have left their mark on the hobby and profession of collecting. These people dedicated much of their lives to research in their areas of expertise.

(2) Their typical character trait is their willingness to share what they have learned with the collecting community making us all more knowledgeable.

(3) While most of the inductees into the Unixplorian Collectors Hall of Fame have amassed sizeable collections, this is not the only factor in consideration of eligibility to be nominated.

Museum Wormianum was the cabinet of rarities of the natural history cabinet established by Ole Worm in Copenhagen. It consists of minerals, plants, animals, and man-made objects. As a natural philosopher, Worm assembled a great collection of curiosities ranging from native artifacts from the New World to taxidermied animals to fossils, on which he speculated wildly.

Over his lifetime, Sloane collected over 71,000 objects: books, manuscripts, drawings, coins and medals, plant specimens, and others.

His great stroke as a collector was to acquire in 1702 (by bequest, conditional on paying off certain debts) the cabinet of curiosities owned by William Courten. He had made collecting the business of his life.

Elias Ashmole was an antiquarian, scholar, and collector who gave his collections to the University of Oxford in 1677. A condition of his gift was that an institution dedicated to advancing knowledge should be built to house the collections. The original Ashmolean Museum was constructed near the Bodleian Library. It combined the functions of a repository for rare materials with a center for research and learning and was a model scientific institution for the time.

Over the years, Hammer created a collection of art and cultural history objects, the largest exhibition in Scandinavia. In a dilapidated wooden shed at Skansen, he stored 50,000 books.

One of the most spectacular auctions of the early 20th century was held at Bukowskis when the book collection and parts of his other collection - art, industrial objects, porcelain, weapons, and more - were sold at five auctions.

Ackerman was a literary agent and renowned science fiction collector. He offered tours of his Los Feliz home, packed with thousands of movie props, books, photographs, and even life masks of his horror heroes, many featured in his Famous Monsters of Filmland magazine.

Charles Wesley Powell was an American hobbyist turned horticulturist specializing in the study of orchids. He is credited with providing scientists with the first large-scale collection of orchid specimens found in Panama.

Morgan was a collector of books, pictures, paintings, clocks, and other art objects, many loaned or given to the Metropolitan Museum of Art (of which he was president and was a significant force in its establishment). Many were housed in his London house and his private library on 36th Street, near Madison Avenue in New York City.

Ferrary was a noted French stamp collector, assembling probably a complete worldwide collection that ever existed or is likely to exist. Amongst his very rare stamps were the unique Treskilling Yellow of Sweden and the 1856 one-cent "Black on Magenta" of British Guiana.

George Hangay was born in Budapest, Hungary. In 1967 he moved to Australia, where he made a living as a field collector of natural history specimens and a taxidermist/ model maker. In 1972 he was employed by the Australian Museum as a Preparator. He retained his interest in scarabs and maintained a growing collection. As his collection became too big to be managed by a private person, over 100,000 prepared specimens were added to the various museums.

Mary Anning was an English fossil collector, dealer, and paleontologist who became known worldwide for her discoveries in Jurassic marine fossil beds in the cliffs along the English Channel at Lyme Regis in the county of Dorset in Southwest England.

John Tradescant the Younger added his American acquisitions to the family's cabinet of curiosities, known as The Ark.

He published the contents of his father's celebrated collection as Musaeum Tradescantianum—books, coins, weapons, costumes, taxidermy, and other curiosities—dedicating the first edition to the Royal College of Physicians (with whom he was negotiating for the transfer of his botanic garden), and the second edition to Charles II.

Sweden's most extensive natural history collections during the early-modern period were assembled by the crown prince couple Adolf Frederick and Louisa Ulrika, starting in the mid-1740s. For example, Adolf Frederick's specimen cabinet at Ulriksdal Palace comprised fish, skeletons, and worms in alcohol. Louisa Ulrika's collection, which contained butterflies, shells, and mussels, was kept at Drottningholm Palace.

Sweden's most extensive natural history collections during the early-modern period were assembled by the crown prince couple Adolf Frederick and Lovisa Ulrika, starting in the mid-1740s. For example, Adolf Frederick's specimen cabinet at Ulriksdal Palace comprised fish, skeletons, and worms in alcohol. Lovisa Ulrika's collection, which contained butterflies, shells, and mussels, was kept at Drottningholm Palace.

On all his trips, he collected seeds and bulbs everywhere. He assembled a collection of natural history and ethnography curiosities, which he housed in a large house called "The Ark." The Ark was a Cabinet of Curiosity, a collection of rare and strange objects that became the first museum open to the public in England, the Musaeum Tradescantianum. He also gathered specimens through American colonists.

Rudolf loved collecting paintings and was often reported to sit and stare in rapture at a new picture for hours on end. Rudolf's collections were the most impressive in the Europe of his day.

His love of collecting went far beyond paintings. He commissioned decorative objects of all kinds, mainly mechanical moving devices. Ceremonial swords and musical instruments, clocks, astrolabes, compasses, telescopes, and other scientific instruments, were all produced for him.

The early-modern interest in nature led to the fashion to collect objects from nature's three kingdoms, the animal kingdom, the plant kingdom, and the stone kingdom. These collections were called Curiosity Cabinets.

The Swedish Academy of Sciences built an extensive collection of natural resources at an early stage, constantly expanding through donations and wills. Linnaeus and the other naturalists were among the most diligent collectors.

Per-Olof Nilsson was an eccentric man. Most of the time was spent collecting. On a bicycle with a large package holder in the front, he stepped around Alsensjön in search of packaging, tools, or something of nature's wonders. Olle traveled the longest to Östersund and Åre, respectively. He was never outside Jämtland's borders. He opened a private museum in 1906, containing more than 10.000 items, ranging from shells and minerals to stamps and textiles.

Well-connected individuals with the collecting bug assembled eclectic collections of natural and man-made objects known as kunstkammer or cabinets of curiosities.

One prominent collector of the 17th century was Jesuit Athanasius Kircher, who established a cabinet of curiosities at the Collegio Romano in Rome, Italy. Kircher's museum contained natural and man-made marvels, including items sent to him by Jesuit missionaries as they traveled around the world.

Wellcome was passionate about collecting medically related artifacts, aiming to create a Museum of Man. He bought for his collection anything related to medicine, including Napoleon's toothbrush.

By his death, there were 125,000 medical objects in the collection, over one million total. Most of the non-medical objects were dispersed after his death. He was also a keen archaeologist and one of the first investigators to use kite aerial photography on an archaeological site.