The Executive (ruling) strength lies with the king. The king and the king's advisors (in the form of cabinet ministers) are in turn legally responsible to the parliament, which in turn is accountable to the Unixplorian people. 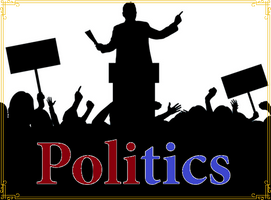 because of parliamentary taxation power, a part of the legislative power is solely reserved for the parliament, especially regarding appropriation issues (which, however, is not considered as national law because it is regulated as a contract between the municipality and a citizen of the said municipality);

economic, legislative power, which is reserved for the king alone, is about the control of authorities (executive power), and of more or less short-term provisions for the society as a whole, i.e., trade, enterprise, specific civic duties, health regulations and more;

The authority bestowed on the king by tradition can be taken away from the monarch if the Unixplorian people choose to censure in a public referendum. The heir to the throne will then take the king's place as monarch.

The Unixplorian constitution grants the sovereign powers, but these powers are far from absolute. All political decisions are shared between the king and parliament.