AN IN-DEPTH LOOK AT OUR HISTORICAL ROOTS

Our micronation's history is intertwined with the history of our neighboring countries. We share common ancestors, languages, cultures, traditions, and religions. 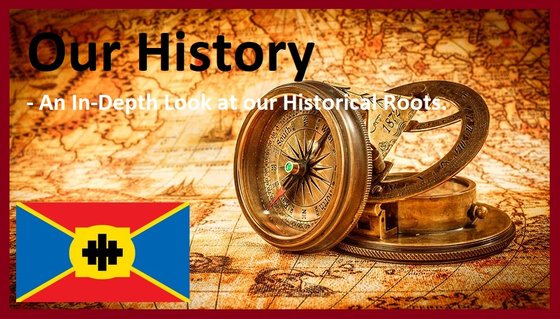 We have been influenced by the same paradigm shifts through the millennia and are proud to share that history even-though Unixploria and our surrounding nations were not yet formed.

The oldest (preserved) human settlement in our region is the Wolf Cave (Finnish: Susiluola, Swedish: Varggrottan) in Kristinestad, near the border with Bötom in Ostrobothnia, Finland. It is the only site in the Nordic region where traces can be found after Neanderthals and thus the oldest known human settlement in the Nordic region. Investigations conclude that the Neanderthals lived and worked in the cave during the Paleolithic period about 125,000 years ago, i.e., before the last ice age.

The Paleolithic Period (also referred to as the Old Stone Age) occurred during the Weichselian glaciation when the area was entirely covered with ice. However, it was likely that during the occasional withdrawal of the ice sheet, people were living in our region.

Around 14,000 years BC, people migrated to the area from the South and South-East. These people immigrated from those areas of Europe that were not ice-covered. Remains, mainly in Skåne, the southernmost province of Sweden, are preserved. During this time, commonly occurring animals were reindeer, wolf, and the hare and some species that became extinct due to the occurring climate change, such as woolly rhinoceros, mammoth and giant deer. As these species died, the way of living changed under the Mesolithic period.

Since many of the important food animals died out, the inhabitants were forced to rely on hunting for small game and fishing, which is one of the reasons that this time is also called "the hunter age."

Large parts of the Nordic region were underwater or beneath the ice. Only land areas above 75 meters were above the surface during this time. Due to the sea's spread and the extinction of terrestrial animals, the marine resources were of great importance to the Mesolithic cultures.

Lakes such as the Swedish Lake Vänern and Vättern are meltwater collections that have counterparts in the Great Lakes of North America, and the melting of ice has formed pine forests.

From this time, the oldest places for settlements in Northern Scandinavia could be found in Aareavaara and Kangos in Pajala municipality and Dumpo-kjauratj in the municipality of Arjeplog (9,000-10 700 years ago). These settlements seem to have been used by people who lived near the edge of the ice sheet. These early inhabitants of the land are believed to have come from the north.

During this period, the de-glaciation led to a continual land uplift as the Earth's crust rebounded from the pressure exerted by the ice. This process, which was originally very rapid, continues to this day. 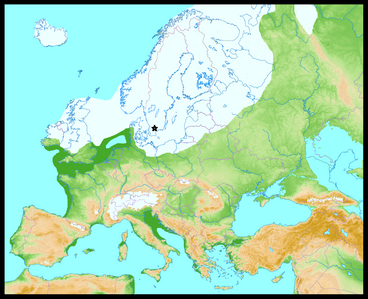